In 2018 C&B News reported on the major improvement of the safety of the popular path round Harlaw Reservoir and linking to Threipmuir Reservoir. The project widened and railed a previously narrow bridge to make it safer for all users, in particular for people in wheelchairs and young children. A plaque is now displayed acknowledging the support and financial donations of the local organisations and individuals that made the improvements possible. 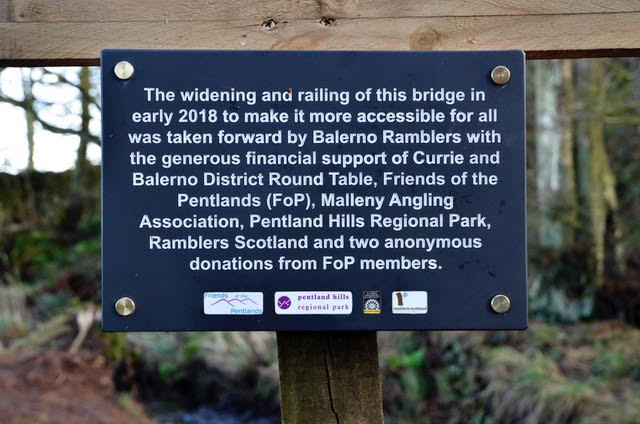 Representatives of these organisations - Balerno Ramblers, Currie and Balerno District Round Table, Friends of the Pentlands, Malleny Angling Association and the Pentland Hills Regional Park are pictured beside the plaque on the bridge shortly before Christmas. 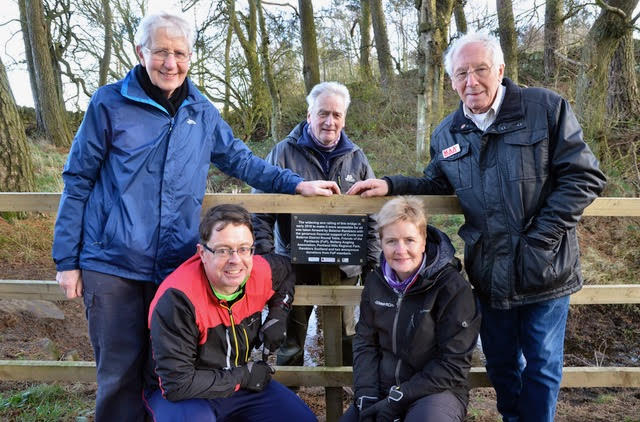 I think its fair to say that the water levels over the last few months have presented some considerable challenges to fishing at Harlaw and Threipmuir. Although Malleny Angling have no control of the levels, rest assured that we are actively addressing the issue and working towards safeguarding the future of our sport and the diverse opportunities and environmental benefits that affords residents and visitors alike.

Many of us have watched with almost morbid fascination as the levels have dropped and dropped again over the summer. The banks have been treacherous, especially for walkers trying to shortcut a route around Threipmuir and the emergency services have been involved in at least one major rescue. Fortunately, to the best of my knowledge, anglers have avoided any major incident. Threipmuir is now at a much higher level and Harlaw is rapidly rising. Some pictures taken at various times from around the reservoirs during late summer and autumn 2018.

Here's Bothy being lifted in early November. Bothy likes to get away for a few months during the winter. We're not sure where he goes, but rumour has it he visits a beach in the Seychelles. Lets hope someone took the milk out of the fridge! 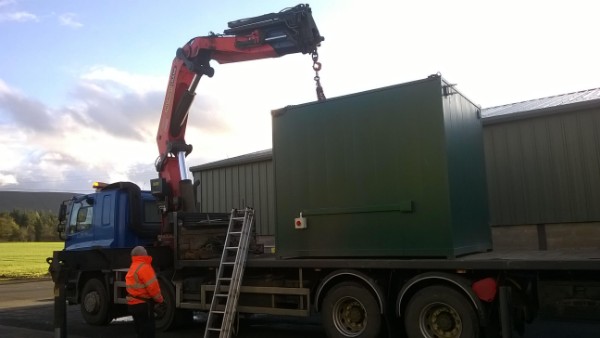 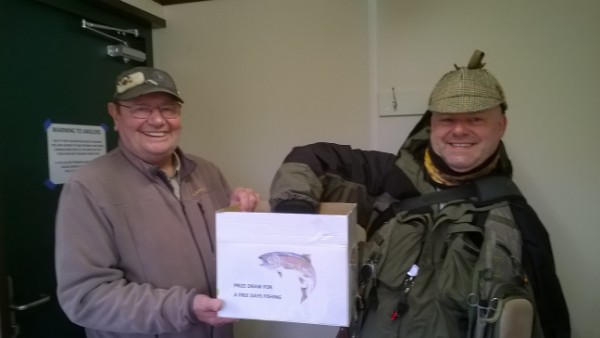 The September prize draw took place in the bailiff's bothy 1/10/18 and the winner is Mr McLachan of Edinburgh, permit number 24958 purchased 29/9/18, the prize draw box was held by duty bailiff Jim Flynn the permit was drawn by day permit angler Mr C Baxter. 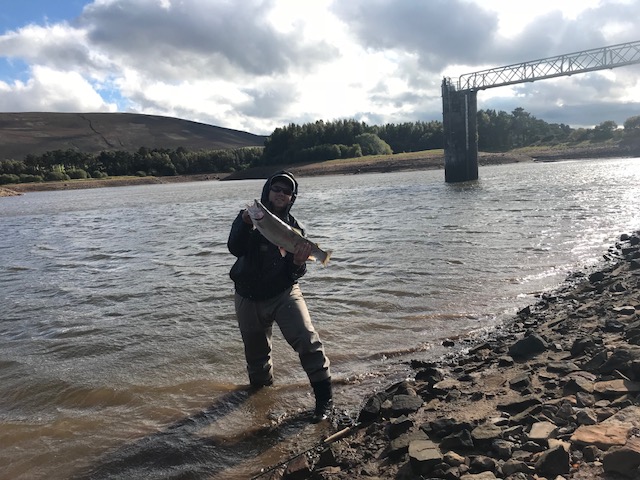 Here's Scotty Abbott (four t's, two b's), Bailiff, looking proper happy with a fine trout (one troot) on a windy day. He got his fish on a size 12 fry pattern fly. Scotty can catch fish in the most inhospitable conditions and on days when no one else is catching. Well done!