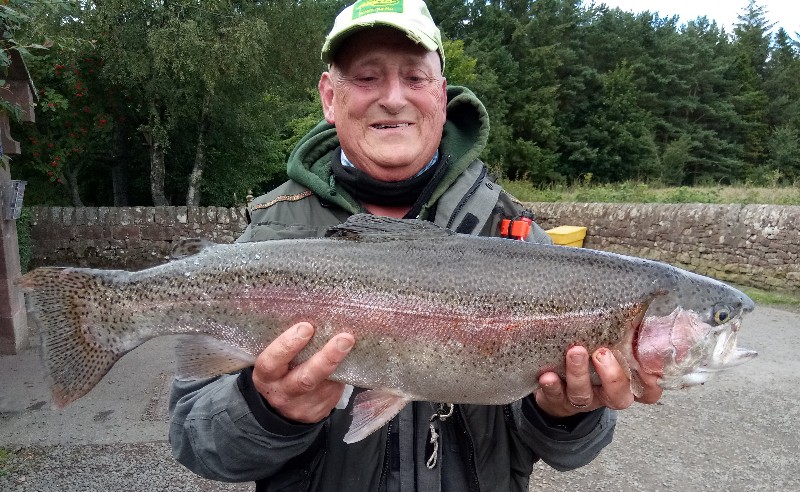 Jason Coles from Livingston landed the fantastic Rainbow at Harlaw last week. Reportedly 10lb+, but no further details at the moment. 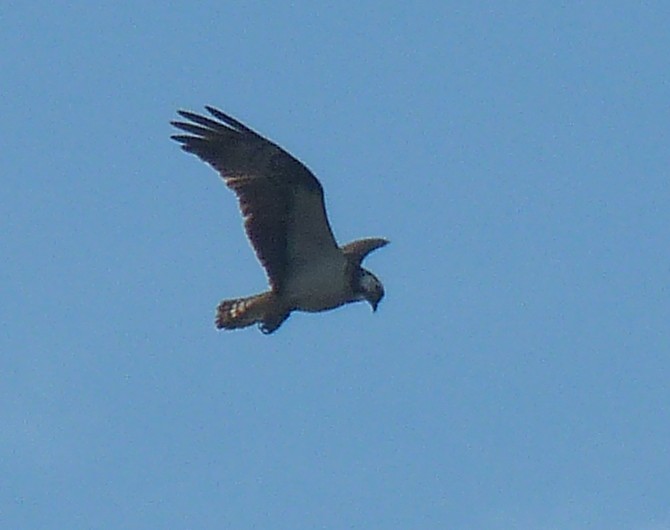 Many of our anglers have been lucky enough to spot the Osprey at the reservoirs this last couple of weeks. There are at least two and they can be seen with some reliability over Threipmuir reservoir. 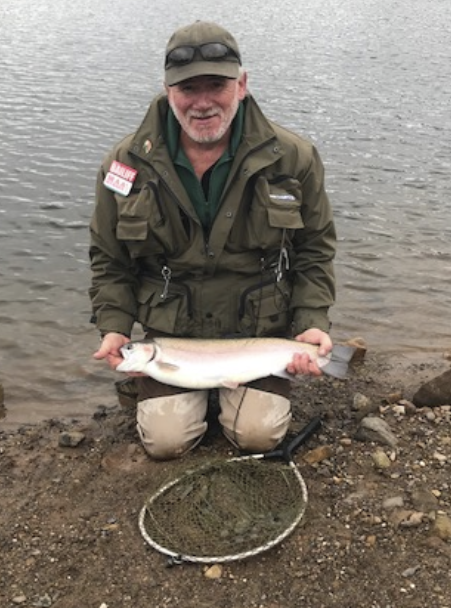 No details on this capture, but this is Sean Williams, MAA member and bailiff, with a good fish, it looks 6lb+. Thanks to Scott Abbott for the picture. 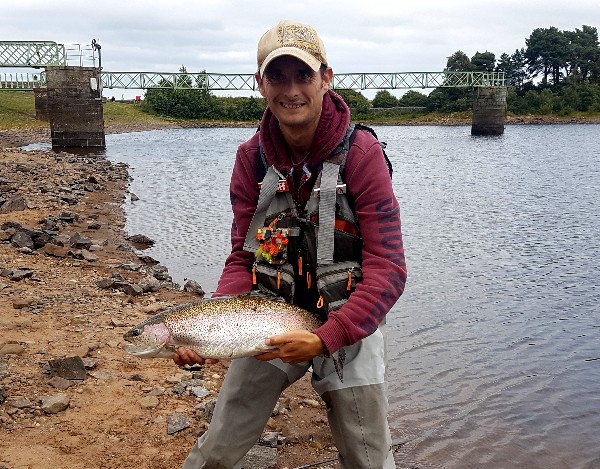 Thanks to Bailiff Darren Hill for sharing the details of his recent big trout capture. Darren took the trout fishing static on a floating line a couple of feet down on a chartreuse Wotsit fly. The fish was safely returned.

I've had numerous reports of catches this last week. The recent cooler weather and rainfall seems to have brought on some more active feeding in the upper layers of water with many fish being taken on dry flies during short feeding spells. 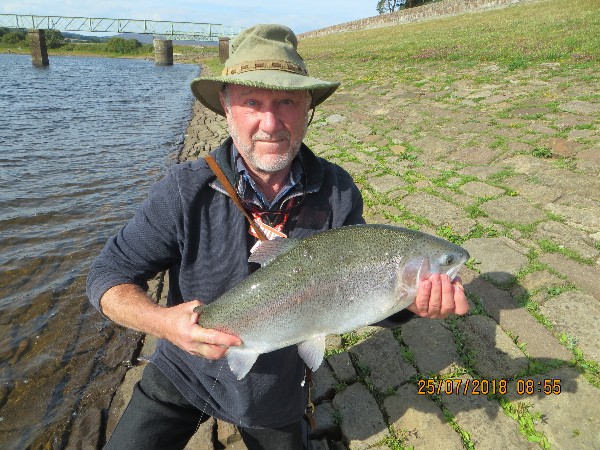 Boss Bailiff Jim McComb was delighted to land this great big rainbow trout on the dam wall at Harlaw. Jim caught the fish on a sedge pupa fly pattern. Jim, and the fish, were allowed to recover before being safely returned. These big trophy fish give the chance of a really special day and although they can be taken as part of your catch quota, please consider returning to give other anglers a chance at one.

The banks at Harlaw can be treacherous and wading should only be considered where you can ensure your own safety.

Well done Jim and thanks to Ronnie Robinson for the photos (see below).